Presbybop Music is a musical venture of Bill Carter, jazz pianist and Presbyterian minister. After years of pretending to split the life of faith from the music of jazz, Bill has been trying to find links between the two halves of his brain. Presbybop Music is his attempt to integrate his strong Presbyterian faith with the rhythms of bebop.

In 1993 he formed the Presbybop Quartet with Al Hamme, his college music professor from Binghamton University. With the core lineup of drummer Ron Vincent and bassist Tony Marino, the band has evolved into a consort of musicians who have been turning heads on the musical scene - and adding new dimensions to the faith and worship of the Christian church.

In recent years, the band has become a sextet on occasion, with saxophonist Michael Carbone and trumpeter Jeff Stockham joining in the mix. There is also a special-edition Presbybop "Christmas Eve Band" that presents holiday concerts and an annual jazz celebration on December 24.

Based in northeastern Pennsylvania, this consort of consummate professionals has presented concerts and jazz worship services in churches and venues around the country. Their music has been widely acclaimed. To date, Bill's Presbybop ensembles have recorded ten compact discs: Faith in a New Key, Dancing Day, Fragile Incarnation, Stand On Your Head, John According to Jazz (with biblical storyteller Dennis Dewey), Welcome Home (with vocalist Warren Cooper), Psalms Without Words, Interior Window, Jazz Noel, and Jazz for the Earth.

Bill Carter spends most of his time as a busy pastor in a bustling church. Yet he keenly senses that God wants him to use his musical gifts as a means of reaching people with the good news of God's grace, peace, and joy. His jazz ministry has received national recognition, and has served as a model for integrating the arts in Christian ministry.

For information on the group, click on each link below:

An Evening with Bill Carter 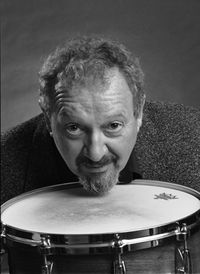 Central PA Festival of the Arts

We have been invited to return to perform at a major arts festival!

Get the Jazz Hymnal and DVD